Turn Management allows you to keep track of whose turn it is at any given time. Enabling it also ensures that only the active player is allowed to make moves during a turn.

Why is Turn Management important?

Enforcing the turn order may feel like a restriction, but it unlocks several abilities. For example, you can keep track of the game length in number of turns. Also, game rules are written from the perspective of a player’s turn, so having the platform keep track of whose turn it is allows it to also manage what actions are available to them. This forms the basic building block for enforcing rules, which will be released gradually over the coming releases.

There are two Turn Orders that you can use out of the box. 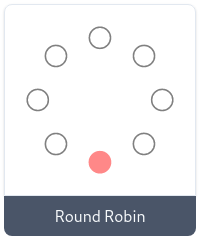 In this turn order, players take turns one after the other in a clockwise order. Players can make as many moves as they want on their turn before hitting the End Turn button to yield to the next player. 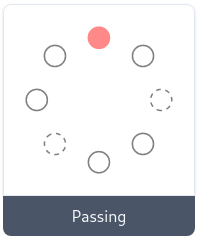 This is similar to the Round Robin, but also allows players to pass. The turn skips over players that have passed until all players pass (at which point it starts all over again with the first player).

What about complex turns orders?

Game situations may require having more than one player perform actions on a given turn. For example, the active player may play a card that requires everyone else to discard a card. Other situations may require players choosing who plays next or determining the order based on a particular feature of the game state.

These turn orders are tightly coupled with the game rules, so will be released along with rules enforcement over the next few releases.

You can now hover over objects while holding the Alt key to preview them.

As alluded to earlier, rules enforcement will be the focus of the next couple of releases. You will be able to create an app-like experience that enforces the game rules without writing any code.